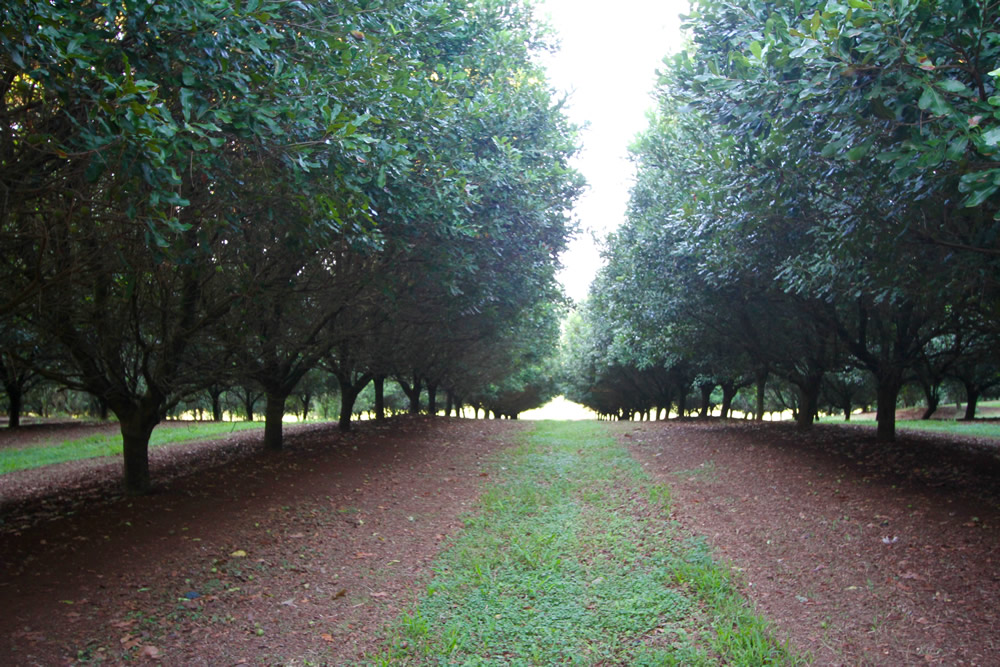 Jindilli is one of several words used by Indigenous Australians to describe the macadamia nut. It was chosen as the name of our first property purchased back in 2010. Our 4 farms which consist of both mature plantation and newly planted trees are located both in Northern New South Wales and Southern Queensland.
We strongly believe in the use of sustainable and environmentally sensitive farming practices. We are meticulous in the care of our orchards, to ensure the health and productivity of our land for future generations. 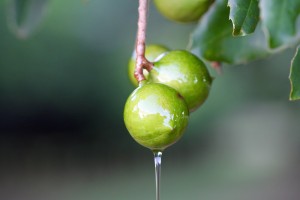 It takes 5 years after planting before a macadamia tree will product nuts. Production will increase until a tree reaches maturity at approximately 12 years of age.  Macadamia trees are grown in rows in an orchard setting. Mature trees grow to heights of between 12 and 15 metres and have shiny dark green leaves.  Given enough access to light, good soil and plenty of sunshine and moisture a macadamia tree can live to 100 years old.

Flowering occurs in early spring with nuts forming in early summer and, by early autumn, clusters of plump green nuts appear. The nuts grow encased in a hard, woody shell, which is protected by a green-brown fibrous husk. Shell hardening takes place in early December followed by rapid oil accumulation in late December and January.

Between March and September, the mature nuts fall to the ground and are harvested every 2-3 weeks by purpose built harvesters. The fibrous outer husk of the macadamia is removed by the harvester and is left in the orchard to act as a mulch. The dehusked nuts are transported to the factory for sorting before they are dried in large silos. At harvest the nuts have a moisture content of up to 22% and the drying process must reduce the moisture content down to 3%. At 3% the nuts can be cracked and the kernel easily removed from the shell.

Macadamias are mostly grown in Northern New South Wales and South-Eastern Queensland thanks to their sub-tropical climates. Recently there have also been significant increases in plantings of trees in the Bundaberg region. These locations all have the perfect conditions for growing this native Australian nut.

aa
Take a tour of our farm in Byron Bay
aa